Bacteria can cause visible effects on food such as discolouration, slime and odour.
Food poisoning bacteria produce toxins, these are effectively poisonous and can be produced in food or inside your body.

Warmth:  The best temperature for bacteria to multiply is around the same temperature as the human body (about 37°C) although they will multiply quickly from 20°C – 50°C.  To prevent/reduce growth of bacteria on food it must be kept below 5°C or above 63°C.  This temperature range is often referred to as “The Danger Zone”.

Food and Moisture:  Bacteria prefer high protein food such as meat, poultry and dairy products.  Dried product such as milk powder, gravy powder and even dried egg do not provide the conditions suitable for growth, that is whilst they remain a powder.  Once liquid is added any bacteria present will begin to multiply.  Foods high in sugar, high in salt or high in preservatives or acids do not support the multiplication of bacteria.

Time:  Within the right conditions of food, moisture and warmth, bacteria can divide into two every 10 minutes.  For this reason, high risk foods such as meats, fish, dairy products and poultry are not left in the danger zone (5°C – 63°C) for any longer than is absolutely necessary.

Exclusion or inclusion of oxygen will not control the survival of bacteria, only correct cooking will ensure bacteria are killed off.

High Risk Foods are generally ready to eat foods which are intended to be consumed with no further preparation and include:

Food poisoning can occur 1 to 36 hours of eating contaminated food.  Symptoms can last from 1 to 7 days and can include:  stomach cramps, diarrhoea, vomiting, nausea and fever.

Food poisoning is caused by:

Bacterial food poisoning is by far the most common and some instances can cause death.  A large number of bacteria are usually involved.

The key food poisoning bacteria are:

Food-bourne Diseases can be a cause of food poisoning and include:

Unlike food poisoning, only small numbers of bacteria are required to cause these illnesses and multiplication within the food is not necessary.  The bacteria responsible are found in the gut of man amongst other places and can be transferred via hands/sewage, thereafter onto food and finally the contaminated food can be consumed and cause illness in man.

The three specific types of bacteria known to cause food-bourne illness are:

It is impossible to eliminate all food poisoning bacteria from food businesses and they will be present from time to time therefore it is vitally important that: 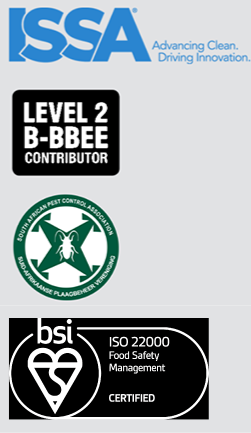